There is no positive emotion created when you see a cockroach in your kitchen, on the floor or in the cupboard. Most of us find it quite disgusting, and some of us are significantly stressed by the sight of cockroaches. Put it in perspective there are approximately 4000 species of cockroaches worldwide and over 400 species of cockroaches in Australia. Generally, the ones that we are concerned about four or five species.

Cockroaches have a lifespan generally of about six months through to a couple of years depending on the species. The egg sacs are called Oothecas, these egg sacs may contain up to 40 eggs and after they have been deposited. Juveniles can hatch and as little as 14 days or as long as two years after laying. Cockroaches have flattened bodies, and the colour may vary from light brown almost yellowish to black.

The German cockroach is a small species that inhabit homes, restaurants and food production areas. These cockroaches prefer hot and humid conditions, that is why they prefer kitchen areas of restaurants, especially in and around motors. They are a particularly hard species to get rid of as they prefer inaccessible areas like electric motors inside kitchen cupboards and the similar regions. The German cockroach is extremely troublesome; it is widely distributed throughout the world and is a severe pest of homes and kitchens. This species is not fond of the cold, and in cooler climates, they will be found in restaurants food-processing factors hotels and motels industrial kitchens and old people’s home.

The German cockroach is thought originally to come from North Africa or Asia because they preferred the warmer climates. They will be found everywhere except Antarctica

The German cockroach is generally nocturnal except when the population is within an infestation are extraordinarily high, and they will be found foraging for food throughout the day.

And experience pest controller can detect the unpleasant odour of German roaches within a dwelling. German cockroaches are omnivores and scavengers they like meats oily fatty foods, sugar and other starches.

The German cockroach may reach adulthood in less than 60 days once eggs are fertilised The nymphs hatch within 24-hour Because of this swift reproduction cycle has enabled the German roach to become a severe pest Coupled with no natural predators within domestic or commercial buildings, they can hide in tiny places and reach sexual maturity within a few weeks. 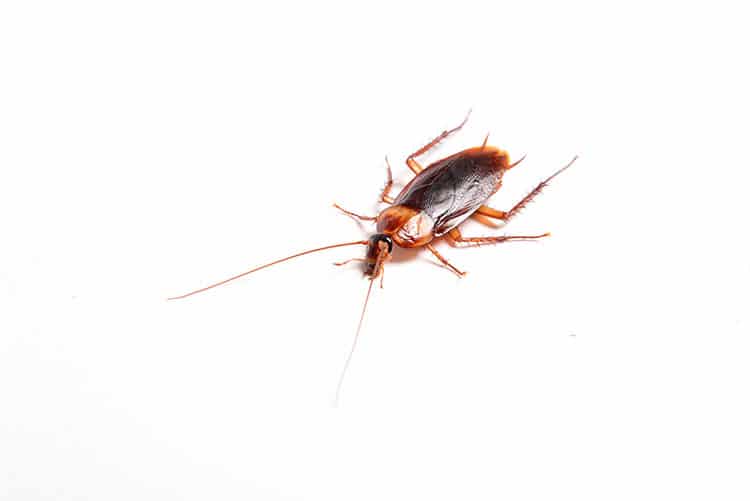 These are not native to Australia and mostly into the house buyer the garden through open doors, or sometimes I even fly in. (Periplaneta australasiae) or the Australian cockroach is a typical tropical species of cockroach. Ranging from around 25 to 35 mm or if you like from 1 to 1 1/2 inches in length basically brown in colour the head has a yellow margin.

They are mostly nocturnal, and they prefer areas where the winter is mild. The eggs of this species can take as long as 6 to 12 months to develop into adults.

Cockroach with its wings seems to be a capable flier and is very mobile able to scurry out of sight when disturbed in a room and can fit under small gaps under doors. New paragraph it is not cold tolerant and prefers moist conditions but will survive in dry environments as long as a water source is available. They eat vegetable matter, including decaying vegetables leaves et cetera. As a consequence, it is found around the perimeters of buildings in gardens et cetera. 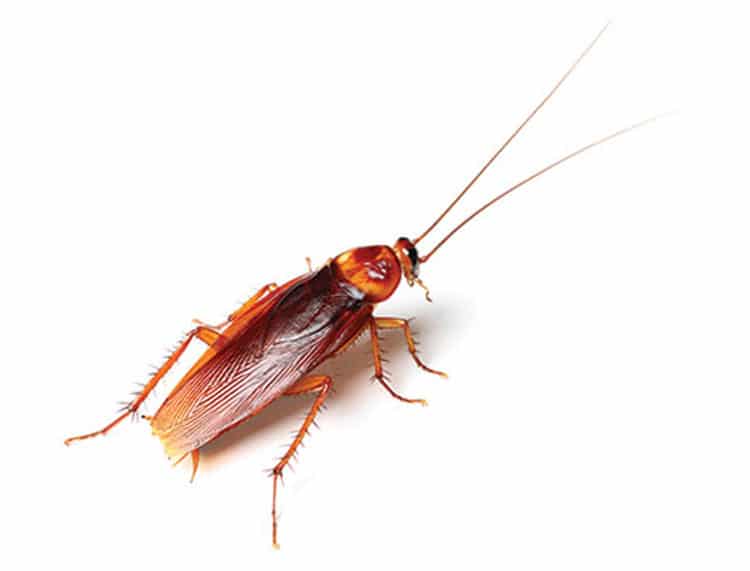 Again, the name belies its origin as they originated from the tropical areas of Africa. This species of cockroach is commonly located in subfloor areas, sewerage systems sometimes in boats and certainly in the roof of human houses. The American cockroach has a long life-cycle more than two years, and of the pest species of cockroach and has one of the larger bodies, they are brown in colour with a reddish tinge and have a yellow margin behind the head.

When threatened, they are swift and can dart out of sight exceptionally quickly.

As with most cockroach species they are both omnivores and opportunistic in their feeding habits they will eat items such as cheese hair, dead animals pastry and bakery products even beer and tea and when nothing else is around they will nibble on bindings or manuscripts. They are very fond of fermented foods they will also cannibalise their own species or other cockroach species. 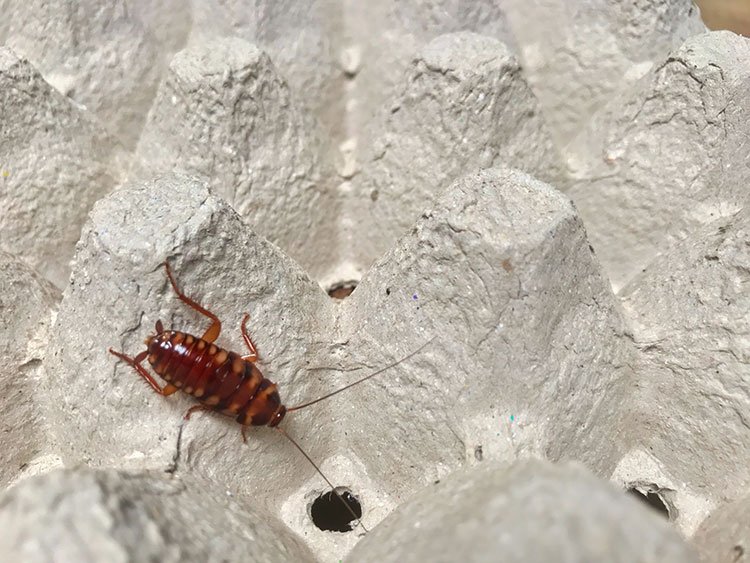 The Brown Banded Cockroach is primarily an indoor pest, unlike other cockroaches, it is found throughout homes and habitats including bedrooms, in furniture including under chairs and in lounge suites, behind pictures on the wall, underneath tables. Whereas the German cockroach is usually restricted to food preparation areas where the humidity is high, the Brown Banded cockroach will be widely distributed throughout a home and prefers a less humid environment.

The brown-banded roach is generally active at night in search of food and is an opportunistic feeder. This cockroach prefers food sources with high starch content and will attack wallpaper and book bindings. 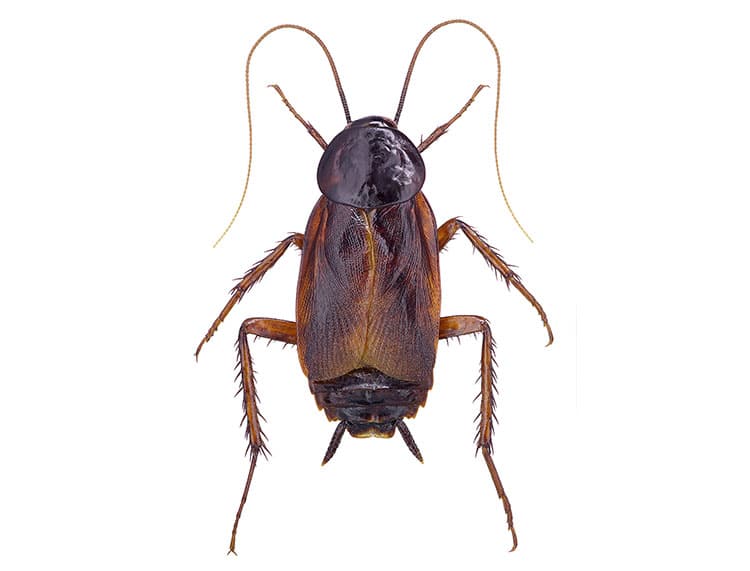 This is a medium-large cockroach species typically between 25 to 33 mm in length at adulthood. This cockroach is found throughout the world though it originated in North Africa. It is not commonly located in Europe.

As a species of cockroaches, not a good climber it is typically found around the ground floor of buildings and prefers humid, dark, concealed areas like sellers ducting and the subterranean regions of buildings. Sometimes it’s harbourage area is not within the infestation area is reached by subfloor cavities, drains or service ducting. This species of cockroach is fond of water and within a building will be located in the basement, around sinks or tubs washing machines or above and indeed will be found in sewers.

In their foraging activity, the nymphs, larvae and adults can contaminate and infect foodstuffs. They secrete an odorous discharge from their body which also taints and contaminates food.

Like other cockroach species, the Oriental Cockroaches transmit bacteria as they walk, transferring pathogens such as salmonella and e.coli to every area they scurry across.

Cockroaches also shed cuticles, faeces and other cockroach debris which are known asthma and allergy triggers.

diarrhoea, dysentery, cholera, leprosy, plague, typhoid fever and some viral diseases including poliomyelitis. They are suspect in the spread of various other diseases and viruses.

There are various control methods available, and these can be divided into different management techniques. Primarily the best option is an improvement in hygiene and general cleanliness for example food to be stored in sealed containers or refrigerators, the removal of food waste rubbish bins being covered and emptied and keeping harbourage areas dry. The blocking of access points such as putting drains over pipes or sewers insect strips under doors and around wall frames as to discourage entry of cockroaches

Secondly, it is possible to chemically control pest species of cockroaches in and around dwellings. These insecticides are used in combination with the hygiene features mentioned above. The areas are treated, are normally the areas of infestation and harbourage, and these are limited to in and under cupboards around refrigerators, or their motors, pipes and sewers.

The frequency of these treatments would depend upon the species of cockroach and their life-cycle, as well as the environment they are located in the various insecticides, come in various formulations as dust’s, aerosols, Fogs and Mists or even as smoke generators. Bates and traps are available

The treatment of cockroaches either domestically or commercially, when undertaken by a properly licensed and insured pest control, can reduce the risk of re-infestation. The process will be gone through later to explain how integrated pest management and the use of all the tools to exclude cockroaches from your home or business can be used.