With over 12,000 species all over the world, ants are considered common insects that are especially prevalent in tropical forests. Not only that, they are also considered pests as they are usually present in places where they aren’t supposed to be in, bringing with them diseases, health risks as well as destruction to food and property. In other parts of the world, some species can even sting and be fatal.

Before you go and embark in a ruthless killing spree, first you need to identify what you are up against, right? As mentioned, there are thousands of ant species all over the word. Therefore,not all ants are created equal. In order to come up with a better control strategy, you must understand the specific differences among the species so you could get rid of ants in your home more effectively.

Health Risks and Damage to Food and Property

More often than not, ants are just a nuisance. However when they start to destroy and/or contaminate food in your home and damage crops, that’s when the problem starts to become serious.

Normally, ants set up their nests outdoors, but they can swarm and sting if their colonies are disturbed. There are kinds that can destroy wood and weaken home structures such as the carpenter ants.

Here are few of the common ant species you are most likely to encounter at home or in your backyard: 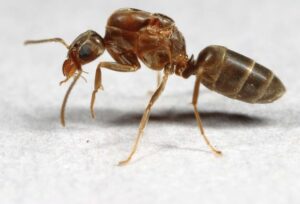 These ants are light to dark brown in colour. They do not swarm and do not sting. The workers will follow long distances of food trails to keep their nests out of track. They prefer sweet foods yet, sometimes, they eat live and dead insects, meat and damaged fruits. Argentine ants are territorial. They drive other ant species out of an area.

They are black and shiny and are only 2.5 to 3 mm long. Black House Ants are one of those that are called Common Ants. They are attracted to sweets. They are considered as a nuisance as they scavenge in kitchens, dog poop, garbage, so they can potentially spread diseases such as salmonella. The most effective way of getting rid of this ant species is to find its colony and treat in.

Their Queens are 1.59 cm long, while workers are 3.18mm – 6.35mm long. They are coppery-brown in colour, with a darker abdomen. Fire ants have a very distinctive two-segment antennal club. Their workers’ diet consists of dead animals (insects, earthworms, vertebrates). They also collect honeydew, proteins and fats. Their nests are usually mounds found next to objects on the ground and are up to 40 cm high. If disturbed, these ants can inflict a painful sting that can leave a pustule 48 hours later. Fire ants destroy crops and invades homes, hence they are considered a major agricultural and urban pest.

These ants are 1.59mm-3.18mm long, are either black or brown in colour, and they have 6 legs and antennae that have 12 segments. They feed mostly on household food like fruits and sweets. They are usually located where there is moisture like house plants and sometimes on toilet lids. They emit a distinct odour that smells like coconut when crushed. Their colonies range in size from 100-10,000. 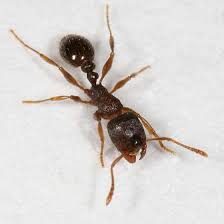 They are blackish or dark brown in colour, 3mm long, have 6 legs, 2 spines on the back, 2 nodes on petiole, and they have grooves on the head and the thorax (uneven with 1 pair of spines). Their main source of food is mostly foods that humans eat, as well as those of pets. They usually enter houses during the night, moving through pipes and wires. Their nests are located under the stones, woods or boards that are often in lawns. Their colonies are mostly found near water. 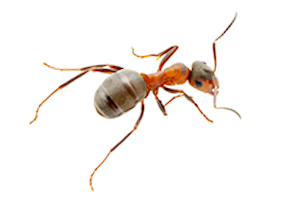 These ants are either dark brownish or black with yellow-white feet and are approximately 3mm in length. This type of ant does not bite or sting. Their nests can often be found outdoors, like in tree trunks, galleries once inhabited by termites, under loose barks or plant debris, along the fences or even in outdoor furnitures. They can also be found indoors, particularly, in the kitchen area near the bins, or where food is usually prepared or stored. They are usually seen foraging for food at night during warmer temperatures. 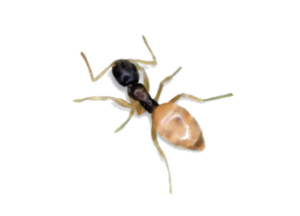 1.6mm long with pale/translucent legs and abdomen, ghost ants get their food indoors, normally sweet and greasy substances. When they’re outdoors they feed on insects that produce honeydew. They set up their nests both indoors (small spaces, wall voids) and outdoors (flowerpots, under objects on the ground or under loose barks). Typically, they can be found in high moisture areas, usually in kitchens and bathrooms.

Prevent Ants from Returning by:

Get Rid of Ants for Good

At Defence Pest Management, we take pride in offering the fastest, most comprehensive and systematic way of providing pest management service throughout Brisbane. Consult with us so we can discuss your problem and come up with the best solutions.